With less than 24 hours until the global awareness day, over 3,900 people have digitally signed the campaign Proclamation at www.netcancerday.org and more than 1,030 people have become friends of NET Cancer Day on the Facebook page for the international day, http://www.facebook.com/netcancerday. 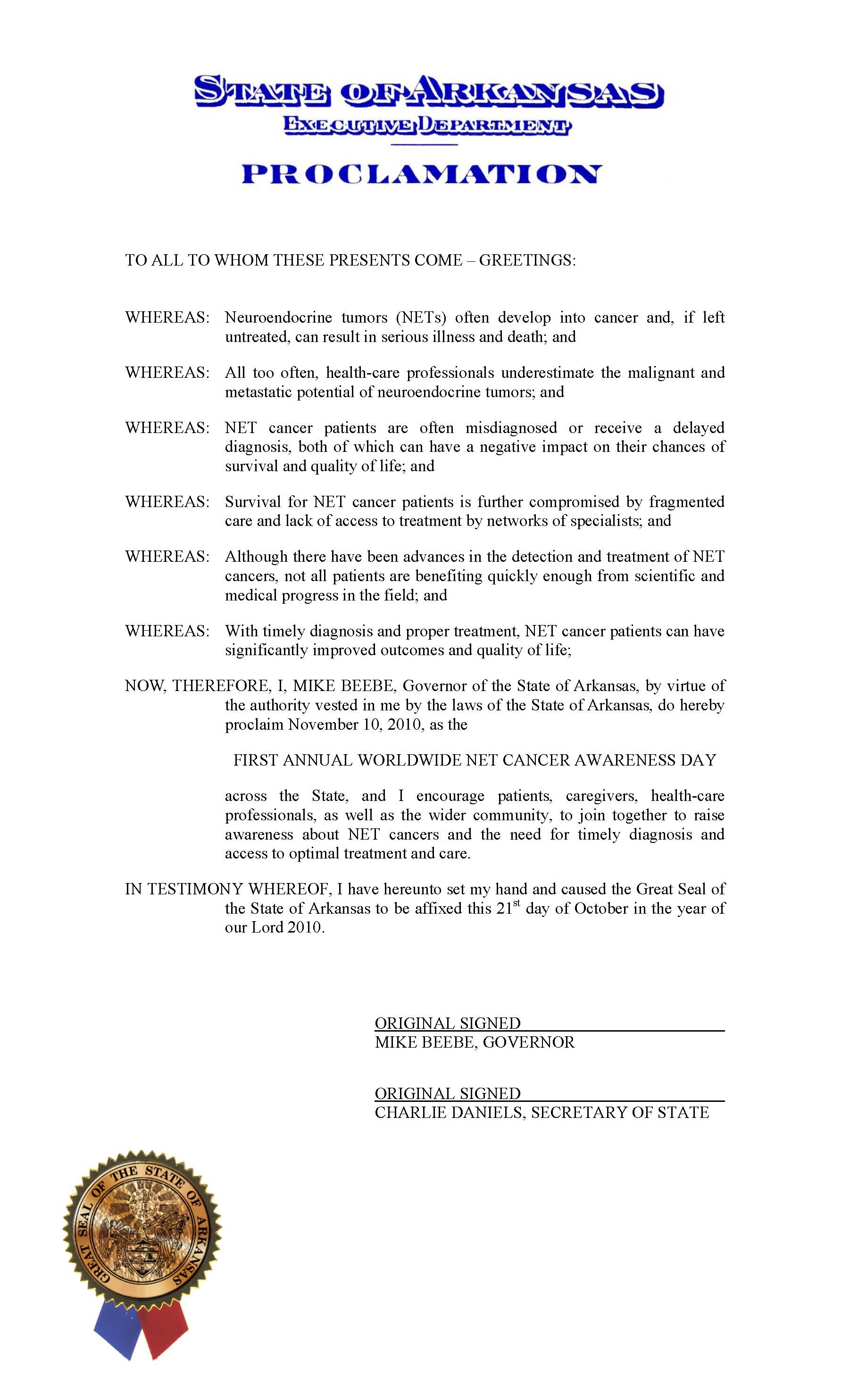 Carcinoid and neuroendocrine cancer patients, family members, friends, colleagues, physicians, and all who support the Worldwide NET Cancer Awareness Day are invited to SIGN and SHARE the Proclamation, become a FAN on Facebook, and FOLLOW the campaign on Twitter.  The map showing all of the signatories has a new feature:  a list of the names, cities/towns, and countries of the last ten people who have signed the Proclamation.

The World NET Community thanks Governor Beebe and Governor Granholm for their support of Worldwide NET Cancer Awareness Day.