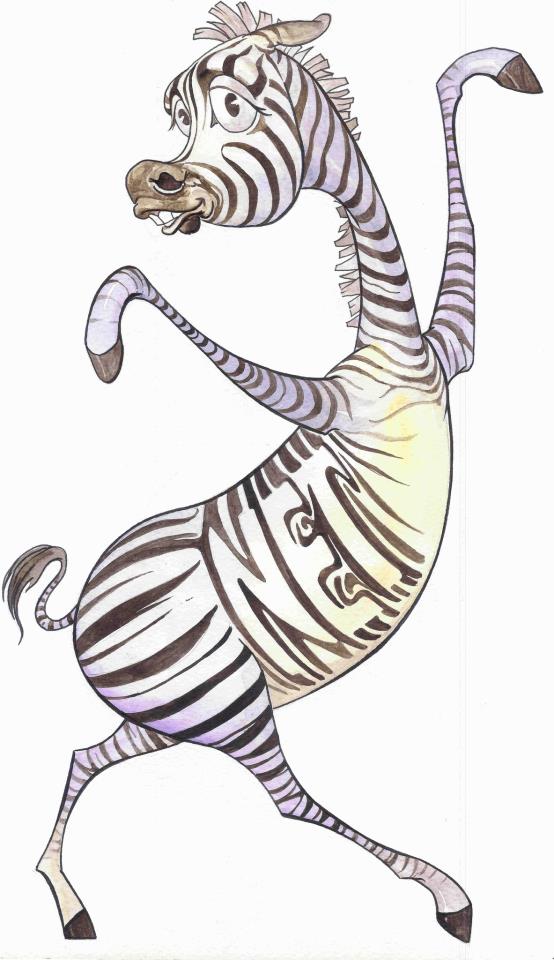 more about the diagnosis and treatment of NETs.  A virtual NET Picture Party through the NET Cancer Day Facebook page and website featured individuals, organizations, and businesses around the world as they participated in walkathons, gala dinners, flash mobs, conferences, concerts and more — all to educate about these rare diseases.  In the United States 35 US Governors issued proclamations or letters of support for NET Cancer Day and for the very first time a bill was signed by a Governor, Chris Christie of New Jersey, designating every November 10 as “Neuroendocrine Tumor Awareness Day.”

With special thanks to the sponsors of the Worldwide NET Cancer Awareness Day Alliance and NET Cancer Day:  Novartis Oncology, founding sponsor; Ipsen; and Pfizer.

Neuroendocrine tumor patients had the opportunity to participate in the first two US clinical trials of the Gallium-68 scan. Vanderbilt University Medical Center in Nashville, Tennessee, was the first US facility to receive FDA approval to study the effectiveness of the 68 Gallium PET/CT scan in diagnosing and treating neuroendocrine tumors. According to Vanderbilt, “68Ga-DOTATATE PET/CT scan is the next generation of radioactive imaging that offers a much higher resolution and sensitivity in locating tumors.”  Read more here.

A study on the Safety and Efficacy of 68Ga-DOTA-tyr3-Octreotide (GA-68) is currently in clinical trial at the University of Iowa and is recruiting patients.  Read more here.

My NET Manager, a free app provided by Novartis Oncology, is the first mobile app for carcinoid cancer and neuroendocrine tumor (NET) patients, available for downloading on the iPhone, iPad, iPod touch (3rd, 4th or 5th generation) and Android.  This app offers patients a unique opportunity to track their symptoms, set reminders, access test results, and view important dates.  Also included are a medication tracker, an insurance tracker, a place to list physicians’ names and contact information, information about NETs, including a glossary, and more!  Currently this app is only available in the United States but Novartis is exploring expanding the app in other countries.  When you search in the app store, type in My NET Manager Novartis. 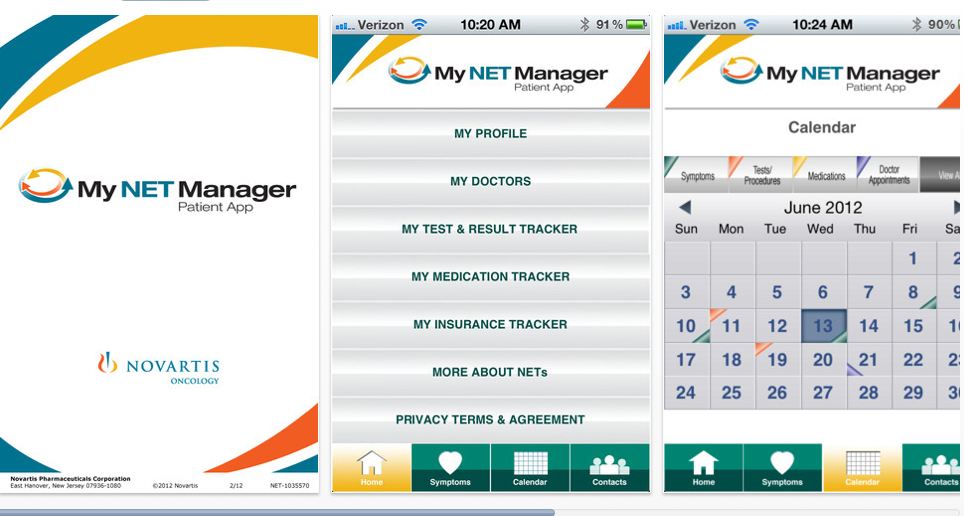 Louisiana;  Dr. Vay Liang (William) Go, Director,  UCLA Center for Excellence in Pancreatic Diseases; Dr. Aaron Vinik, Director of Research and Neuroendocrine Unit, Eastern Virginia Medical School Strelitz Diabetes Research Center; and Dr. Thomas O’Dorisio from the University of Iowa worked with the scientists at InterScience Institute (ISI) in California to develop a plasma 5-HIAA assay. According to Dr. Woltering writing in the NOLA Jazzy Zebra newsletter, “This new assay offers a more convenient alternative to the 24-hour urinary 5-HIAA assay, which generally takes patients 2 days. Benefits of the plasma 5-HIAA assay include overnight fasting vs. patients abstaining from certain food and drugs 48-hours prior to testing. In addition, the plasma 5-HIAA can be drawn at the same time as the patient’s routine biomarkers vs. patients collecting their urine for a period of 24-hours in a container that must be kept refrigerated. The CPT code for this test is 82542.”

5)      NET Conferences and Webinars from Coast to Coast

Educational events about carcinoid and related NETs abounded in 2012. 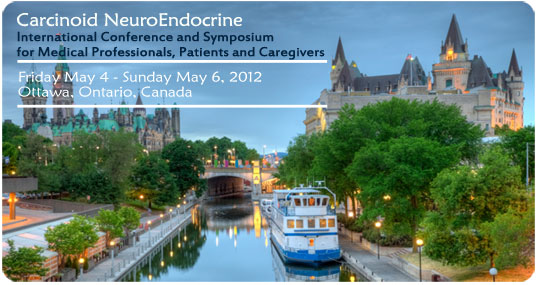 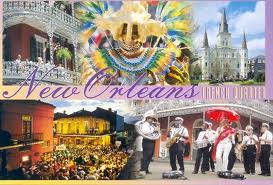 When “Sunny Susan” Anderson began her search on the Internet in 1995 for information about carcinoid cancer little did she realize that she would later create the first carcinoid patient website and become an extraordinary advocate for others seeking information and support.  Susan has been selected as the 2012 Winner of the Warner Advocacy Award, established by Novartis Oncology in 2009 to commemorate the life and work of the late Monica Warner of the Carcinoid Cancer Foundation.  The Warner Advocacy Award is presented annually to honor the patient, advocate, or caregiver who most embodies the passion, dedication, leadership, and spirit with which Monica Warner assisted patients, caregivers, and families affected by NETs.

Tannis Brown, a pheochromocytoma patient and Vice President of the Pheo Para 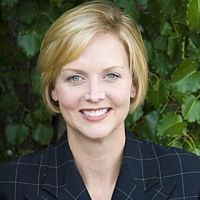 Troopers, was featured on the Discovery Fit & Health Network on July 9 in a program titled Diagnosis: Dead or Alive.* The 60 minute show focused on Jordan, a college athlete who is in his prime when he notices that he has bleeding gums and bruises that won’t heal, and Tannis, who has headaches and high blood pressure that her doctors wrongly diagnose as stress.

We were very excited to announce that a carcinoid patient was appearing on the Dr. Oz Show.  It was a show about stomach cancer.  To the great disappointment of us all, carcinoid was never mentioned in the show. Lisa, the carcinoid patient who appeared in the opening segment, described her symptoms but there was no mention of carcinoid.  Lisa had been taped for two days.  She posted on the Carcinoid Cancer Foundation’s blog:  “I am the carcinoid cancer patient that was on Dr. Oz. It was a great experience. Just wish I could have spoken more about carcinoid.”  Watch Lisa here.

NET Patient Advocates from around the world met for the first Summit of its kind in Vienna, Austria in September 2012.

Network and the VHL (Von Hippel-Lindau) Family Alliance served as moderators for the chat.

Researchers at Uppsala University in Sweden are ready to start a clinical trial for up to 20 NET cancer patients but need funding to make the trial possible.  For $1.6 million (1 million pounds) an oncolytic virus that has the potential to cure neuroendocrine cancer can be named for the donor.  The idea to name the virus after a person is thanks to British author Alexander Masters, whose dear friend has pancreatic neuroendocrine tumor cancer, the same type of cancer that took the life of Steve Jobs of Apple a little over a year ago.  Media coverage about the oncolytic virus and the opportunity for a donor to have it named for a loved one has been extraordinary – resulting in greater awareness of NET cancers throughout the world.  The campaign to raise funds went viral in social media thanks to the extraordinary efforts of the iCancer Virus team, led by Alexander Masters, with Liz Scarff,  a campaigning digital and social media expert;  Dominic Nutt, who has the same type of cancer as Steve Jobs; and Colin Midson, a literary publicist and friend of Alexander Masters.

In the United States, one of the champions of the campaign is Catherine Cooling Davis, who in her blog, Let’s Cure Neuroendocrine Cancer, writes “ . . . there is one thing that gives me hope, and it is a potential cure.  . . . I hope that within my lifetime we can work together to cure this cancer and many others. “