On January 2, 2015, I had a life-changing experience: I almost died. I was suddenly hospitalized with internal bleeding caused by a neuroendocrine tumor (NET) on my pancreas, which had metastasized to my liver. The tumors were crushing my spleen and pressing against a major vein, causing a life-threatening medical emergency. Thanks to some quick and creative thinking by a team of doctors, the bleeding was stopped, but I would need surgery as soon as possible to remove the tumors. And after that… well, no one really knew what would happen after that. One step at a time. The first step was to go home and get as strong and healthy as possible to prepare for surgery.

I’ll come back to this story, but first let’s rewind to a long time ago. My oldest memory is of music. I was about three years old, and I remember music in a church. Later that day, I went to the piano in our living room. I was so small that my mother had to lift me up onto the piano bench. I then pounded on the keys, trying to re-create what I’d felt that morning in church. Ever since then, whenever I write music, I’ve been trying to communicate that feeling of being in the presence of beauty.

Throughout my life, music has been a constant companion, in good times and in difficult times. Music has been with me at every significant milestone, whether it be my wedding day or the night that my father died. Music elevates joy, and it eases sorrow. And that brings us back to January 2015, the start of the most difficult time I’d ever gone through.

After a month of recovering at home, I returned to the hospital for extensive surgery to remove my spleen, my gallbladder, half my pancreas, and a large part of my liver. Despite successful surgery, within two months new tumors appeared in my liver. I started monthly lanreotide injections, but the tumors continued to grow. Over the next half year, I had two radiofrequency ablation (RFA) procedures, but Gallium-68 DOTATATE scans spaced a year apart showed the tumors continuing to multiply.

Fortunately, the scans also showed my tumors had a very high dotatate uptake, making me a good candidate for Peptide Receptor Radionuclide Therapy (PRRT). I was accepted at multiple treatment centers, including several in Europe, but I chose to go to Excel Diagnostics in Houston, mainly because it was easier than traveling to Europe. Over the course of 2016 I received four cycles of PRRT with Lutetium-177. Then, in early 2017, a Gallium-68 scan showed no evidence of NET—I’d had a very rare “complete response!” The PRRT had been wildly successful, and my wife and I celebrated by going to explore Mayan ruins in Mexico. 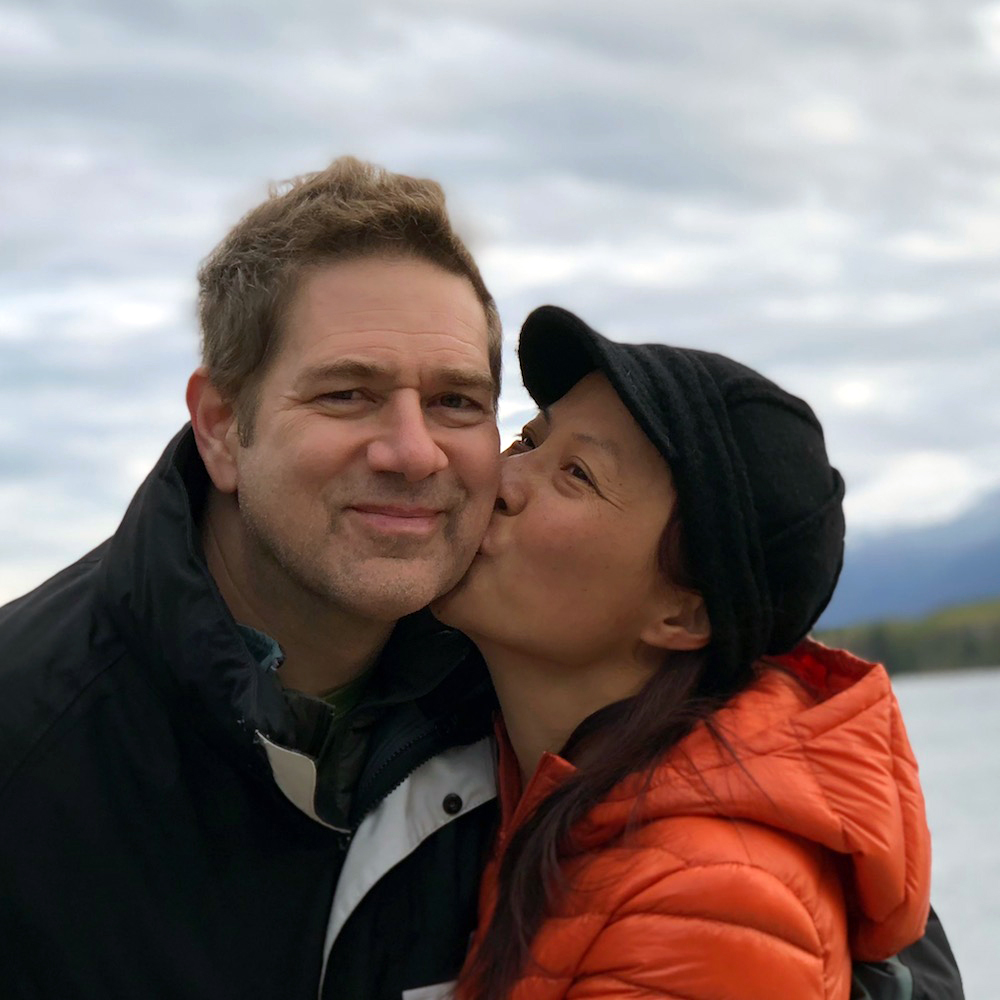 But NET is like one of those comic book villains who seems to be defeated at the end of the movie but somehow shows up again in the sequel. In September 2018 a follow-up Gallium-68 scan detected small NET lesions on my spine, and I restarted monthly lanreotide injections. Currently (March 1, 2019), we continue to monitor my disease with periodic MRI and Gallium-68 scans, and we don’t know the future. I now just accept that the future is unknown. The irony is I didn’t know the future before I had NET either, but now I’m just more aware of that.

I’ve actually never had any symptoms caused directly by NET, because my tumors are non-functional (they do not secrete hormones). The initial crisis was caused by the tumors pressing against organs. My main battle for the last four years has been with chronic pain. This pain, lingering for months and then years after my surgery, at times has been debilitating and demoralizing. In addition to fighting the physical pain, there’s been a good deal of wrestling with existential questions like “how much time do I have?” and “what should I do with this time?”

As I ponder these questions, I’ve come to the conclusion that the reason I’m on this earth is to make beautiful things and to make things beautiful. Nothing else brings me as much joy.

I’d be lying if I said my faith in God hasn’t been challenged, but that faith has emerged from the ordeal stronger, more mature, and more complex. Similarly, my relationships have deepened with my friends, family, and especially Lisa, my amazing wife, who has walked (and continues to walk) with me on this journey.

Over the last couple years, despite the suffering, I’ve written some of what I think is the best music I’ve ever written. Often I sat awake all night because of the pain, but I could still write music. It didn’t make the pain go away, but it did make the pain seem less important. A lot of times after sleeping a little in the morning I would listen to what I’d written the night before, and I was surprised by the beauty of it. It didn’t sound like music written by someone in pain; it sounded like music offered as a gift to comfort someone in pain.

This idea of being “surprised by beauty” became essential to getting through this period of time. For someone used to a very high level of productivity, it required a complete shift of perspective to accept that on some days a short walk around the neighborhood with my wife would be all I accomplished that day. I remember one day as we were walking, I saw a flower, and I said to Lisa, “Look at that flower! It’s amazing!” It was a common kind of flower I’d probably seen a thousand times before, but this time it really did look amazing. In this moment I realized that even on the worst of days I could find at least one beautiful thing to be thankful for.

In 2017 I began working on an album called Surprised By Beauty, a collection of the music I’d been writing during my journey with NET. Because I struggled with pain and fatigue throughout the project, it took until October 2018 to finish and release the album. You can now listen to it at www.tombajoras.com/beauty, and you can watch music videos at www.youtube.com/user/tombajoras. Below is one selection, Graceful Sky, from Surprised by Beauty.

My goal with Surprised By Beauty is to bring comfort to other people in their suffering, to show them that beauty can be found even in the darkest circumstances. I know each NET patient faces unique challenges. And of course, I also know everyone, not just NET patients, go through difficult times. You may not be going through the same thing I’m going through, but we all go through periods of time when it just seems impossible to find beauty. Still, I do believe beauty can be found, or maybe it will find you. So if, or when, you go through a difficult time, I hope you’ll also be surprised by beauty.