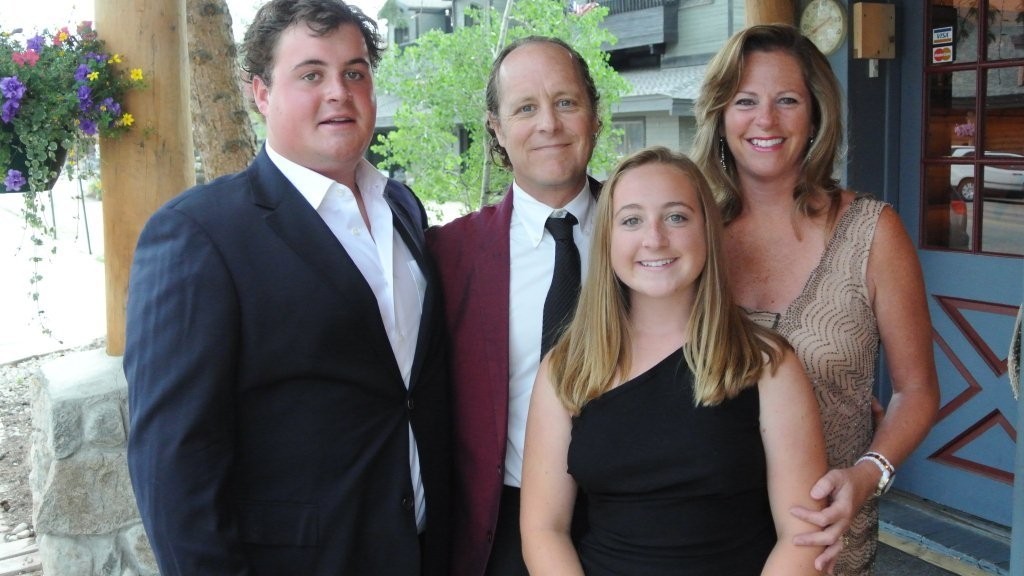 (Pictured are Carolyn Francis; her husband Sandy; and children Alex and Elizabeth)

I was diagnosed with bronchial carcinoids when I was 29 years old. I was newly married and on a business trip in Europe when I got pneumonia. Six months later, I was finally diagnosed with carcinoid. I had the lower two lobes of my right lung removed and began the long, uncomfortable road to recovery.

I was given a very ambiguous diagnosis; no one seemed to know what to tell me! I went on to have a baby in 1992, and then again in 1995. It was during this last pregnancy that the carcinoids came back with a vengeance. Numerous laser bronchoscopies were required to open up my airway, and thus began the 3 years or so of surgical procedures.

Around 1998, it was determined the carcinoids had spread to my liver. I was very anxious to address this, of course, but when I asked my doctor about next steps, his comment was he wanted to wait until it was worse!!! Then I asked if I was going to be constantly in and out surgery for the rest of my life, his answer was yes. It was then I knew I had to take my care back and find out for myself what the options were.

I contacted the Carcinoid Cancer Foundation and had a life changing conversation with Mrs. Warner – Dr. Warner’s wife. It was here I finally got the answers I needed and a course of action that would give me my life back. After much discussion, she suggested that, while it is a reach for many, if you can do it, go to see Dr. Oberg in Sweden. It happened we were going to a convention in Amsterdam in two months; we called Dr. Oberg, made an appointment and from that visit, I began taking interferon. The results were almost instantaneous – the tumors stopped growing and spreading. In the more than 12 years I have been on interferon, my tumors have remained stable.

I have been given the gift of living a normal life. I teach spinning classes twice a week, run, have done sprint triathlons, and weight train regularly. I use exercise as a “gauge” for my disease, and not only has it had physical benefits, but emotional ones as well. Exercise helped me realize that I was capable of much more than I ever thought possible and helped to combat the first year of fatigue and aches.

But, more than anything, my children were able to have a normal childhood with a mother that was there for them. It didn’t seem like that was going to happen at first, but I realized I had been given a tremendous gift in being the mother I had always wanted to be. My kids hardly even know I have carcinoids!

Calling CCF was the best thing I ever did; it has had life-altering outcomes I never dreamed of. It empowered me to fire my doctor and change the whole course of my care.

I am thrilled to have come back to the web (I am very careful about reading too much information off the web)and found all these wonderful stories reflecting the determination and success of persevering in the face of a little-known disease. It is great to be here to hear your stories and share mine!