I am 43 years old, live in Illinois with my husband, and work as a college professor. I have always had good health – I run, do yoga and Pilates, and eat a fish and vegetable diet (with occasional handfuls of peanut M&M’s). 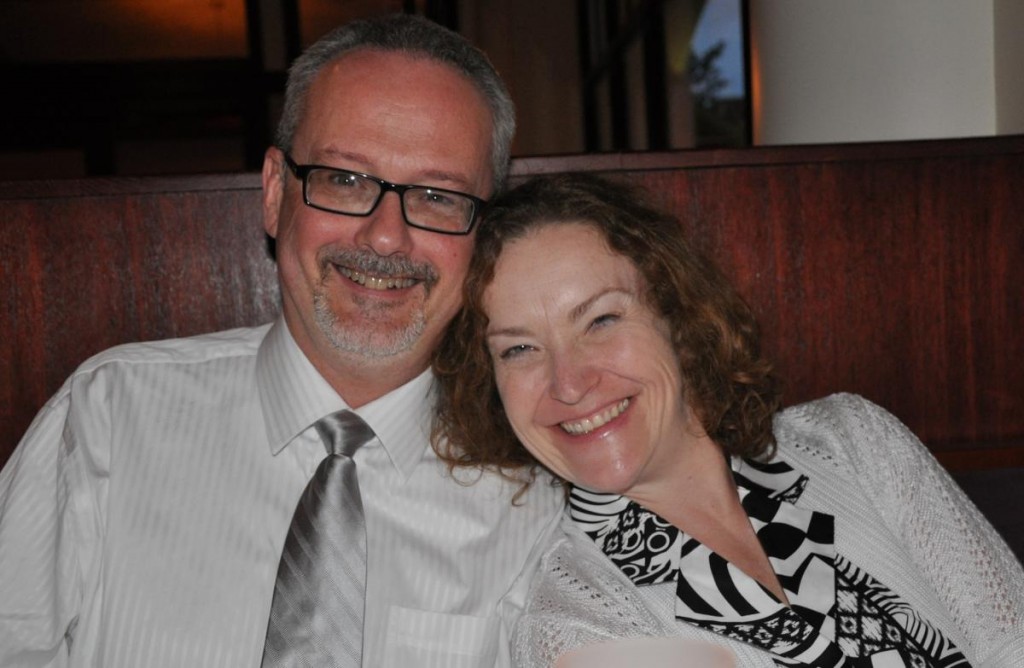 In mid-March of 2012, I got chronic diarrhea that lasted about 3 weeks. Because this was very unusual for me, and because I have a history of Crohn’s and colitis in my family, I went to the doctor. After determining that it wasn’t the result of anything more acute, she agreed that with my family history I should be referred for a colonoscopy. I had that in early May. During the procedure my gastroenterologist discovered what he termed a small “ulcer”; he photographed it and biopsied it. A few weeks later, a nurse called with the results of the colonoscopy. No mention was made of the ulcer, but happily the colonoscopy didn’t show evidence of Crohn’s or colitis. The nurse did say that the doctor wanted me to do a couple of more tests: a blood test and a 24-hour urine test.

After I picked up the gas-can sized container in which I would collect my urine, I read the label on it and googled “5-HIAA.” I discovered that this is a test designed to detect serotonin levels in the urine; my online research seemed to show that the only reason a doctor would order this test was if carcinoid cancer was suspected. No one had uttered this phrase to me so far, and the nurse certainly hadn’t said anything about “cancer” when she called. Was this the ulcer they had found?

Against my better judgment, I kept googling and found reputable sites (Mayo Clinic and the Carcinoid Cancer Foundation among them) that described carcinoid cancer and carcinoid syndrome. Other than the diarrhea I’d had (but which had long ago subsided), I didn’t seem to have any of the symptoms. Still, I began to get nervous and suspicious.

I completed the additional tests and my husband and I went to the doctor for the results. “I don’t know how to tell you this,” he said, confused. And then he told me what my googling had caused me to suspect: the “ulcer” he had found during the colonoscopy was a 6-mm carcinoid tumor. But just as quickly as he’d said it, he emphasized that the other tests he’d ordered – the blood test (which I now know was Chromogranin-A) and the 5-HIAA urine test—had all come back negative. He was so flummoxed that he didn’t even seem to believe the diagnosis, though at one point he did admit, “Pathology doesn’t lie.” It was after 5 pm when our appointment ended, and my husband and I headed for a local pub for a beer. As I sipped my black and tan, I looked at him and said, “I think I just got diagnosed with cancer, but I’m not sure.”

My gastroenterologist ordered an Octreotide scan, a full-body imaging test that would show whether the carcinoid tumor had metastasized into my liver or anywhere else in my body. The day after I completed the scan we got the good news that the scan showed no liver metastases; my husband and I were standing in an aisle in Walgreen’s when we got the call. It happened to be our first wedding anniversary. A very good present! (In addition to my diagnosis, my husband had spent much of the month of June traveling to and from his hometown, where his father’s health had suddenly begun to decline. It was a rough month and he, especially, was being pulled in multiple directions.)

I sought to learn everything I could about carcinoid tumors. No doctors in my college town specialized in their treatment, and, as I learned quickly, even the well-meaning oncologist I was referred to was unable to offer much guidance. My Internet research revealed that my local doctors had done all the right things in terms of diagnosis. But I wasn’t confident that I should have treatment locally. By now it was early August—two months since my diagnosis—and I still hadn’t had a single conversation with somebody who actually specialized in the study and treatment of carcinoid/NET cancer. This made me very nervous. The local oncologist readily agreed to refer me anywhere I wanted, though she didn’t seem to know who that should be.

Thank God for the Internet. As I researched, I began to become familiar with the names of doctors who studied the disease. The Carcinoid Cancer Foundation web site’s doctor database was invaluable, and it was there that I began to see just how rare and unusual carcinoid is. After much research, I realized there was a name I’d been seeing over and over again, Dr. Thomas O’Dorisio of the University of Iowa. I went to the web site for his clinic and found a short video in which he discussed their multi-specialty approach to treating carcinoid/NETs. When I played the video for my husband, he immediately said, “I want this guy to treat you.”

In late August we drove the four hours to Iowa City and met with Dr. O’Dorisio and Dr. James Howe, a surgeon. It took about 30 seconds with “Dr. O’Do” for us to realize that this was precisely where we needed to be. In five minutes I was told more about my cancer than two doctors, a half-dozen appointments, and hours of Internet research had told me all summer. The doctors in Iowa City told me that it was highly unusual for carcinoid to be diagnosed via colonoscopy and they urged me to have surgery as soon as possible. It was only when Dr. Howe started drawing a diagram of what would be removed that I understood how extensive the surgery (ileal colic resection) would be.

That day, we scheduled the surgery for Sept. 14. But as my husband and I began to prepare for the surgery, my father’s health suddenly worsened and he went into hospice care on the day before my surgery. I hesitated about whether I should go forward, but my parents and family insisted that I have the surgery, so we went ahead as scheduled. There were no complications, and after five days in the hospital I was released to go home to Illinois. I recovered there for two weeks, spending much of that time worried about my dad’s decline and communicating regularly with my family via phone and Skype.

My dad died on Oct. 2, just about three weeks after my surgery. Thankfully, my recovery was far enough along that I was able to handle the drive to Minnesota for his funeral; I don’t know what I would have done if I hadn’t been able to attend my own father’s funeral. After the funeral, I returned home for two more weeks of convalescence. I headed back to work part-time on Oct. 23, about five weeks after my surgery, and returned to work full-time this past January.

Although my physical health remains very good, I still get overwhelmed by the stress and grief of what has happened over the last year. Despite the heaping on of stress and loss, however, I know that I am very lucky to have been diagnosed early and I am glad that I sought out the expert treatment I needed.

It’s funny – by the time I started to come to terms with what it might mean to have cancer, I realized that I might not actually have it anymore. I don’t know if surgery cured me; I sincerely hope it has. But of course only time (and more scans and tests) will tell. What I do know is that I have great doctors keeping an eye on me. And I have amazing family, friends, and colleagues whose support has been humbling. And I have the best husband in the universe. That’s what I am holding close as I move forward. 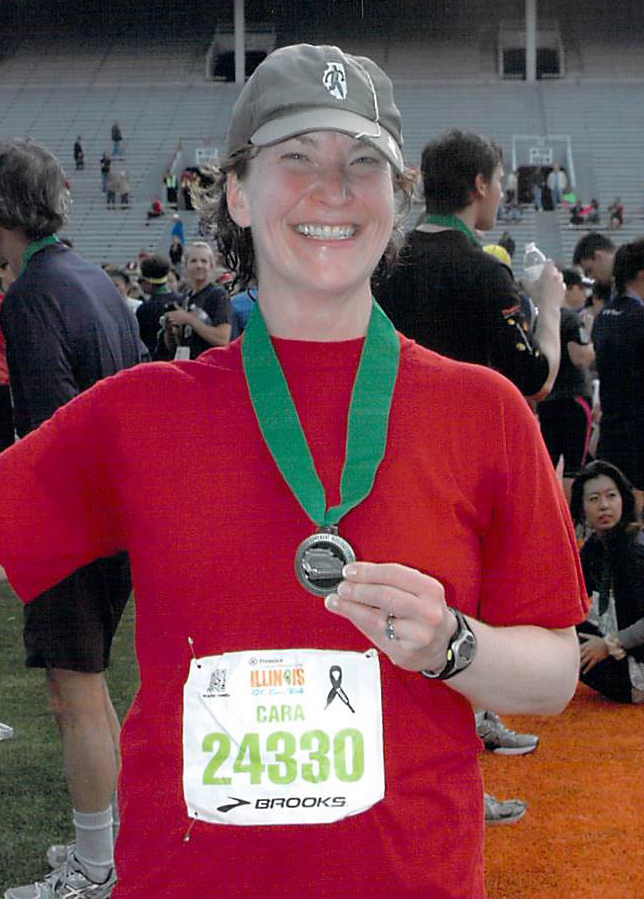