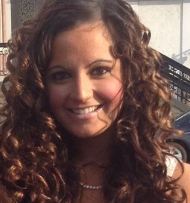 Hi, my name is Anna. I am a 25 year old girl who was recently diagnosed with Carcinoid Cancer this past August 2012. In August, I awoke in the middle of the night with severe pain in my lower belly. The pain was so severe that I went to an Urgent Care where the doctor diagnosed me with appendicitis and told me I would have to go right to the ER. I took his advice and went to a local hospital. After waiting about 5 hours in the ER I was sent home by the ER doc and told that nothing was wrong. However, my heart knew that something was wrong and so did my body.

The following day after only 2 hours of sleep I awoke and called my family doctor who saw me as his first appointment that morning. My family doctor sent me to a different hospital and at that hospital I met with a surgeon. The surgeon told me he was going to do “exploratory surgery.” Once the surgery was done he said that everything went well and my appendix was just a little inflamed. The surgeon did not believe I would get bad biopsy results and neither did I.

I was not prepared for what came next. They released me from the hospital and after being home for just one day I was rushed back by ambulance due to heart palpations and discovered I would need 2 blood transfusions. After the blood transfusions the surgeon came in and in front of me and my closest friends and family informed me that I had cancer.

My whole body went numb and I didn’t know how to take the news. I was doing everything right in my life or so I thought. I had just gotten out of college, started my career, and then BOOM my train went off track. My life was at a halt.

But to be optimistic, this cancer wasn’t aggressive and I thought about all the people who are way worse than me. They removed my cancer on September 24th 2012 and according to my cancer doctor he believes he got it all.

I hope you read my story and understand that this can happen to anyone at any age and at any time. Try to not to focus on the word cancer but more importantly focus on the positive that it is not aggressive and that there are surgeries that can cure this.