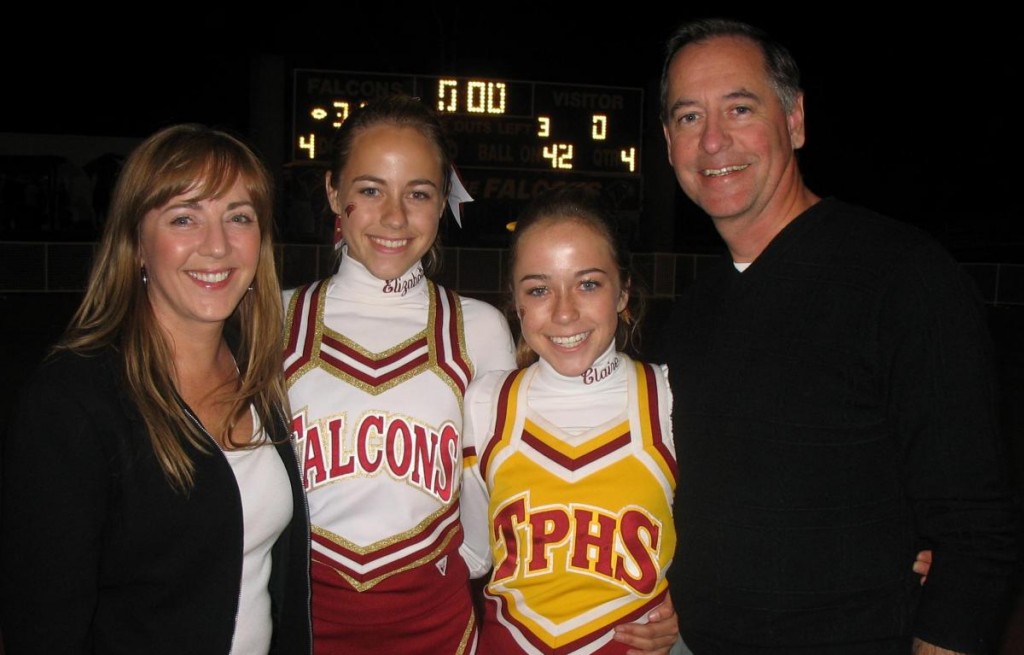 We were on summer vacation on the shores of Lake Michigan in the summer of ’98. One night I started having incredible pain in my gut. I was literally writhing on the floor in pain. My wife went to the store and brought back all the stomach relief medicine she could find. It didn’t help. Gradually the pain subsided. What we didn’t know at the time was that I had a Carcinoid tumor in my intestine.

I went to my current doctor and asked why I was so flushed red all the time. They said it was probably just stress at work. My wife asked a friend to recommend a new doctor. I went to see him and told him of my symptoms. He said, “I think you have something called Carcinoid, I just read an article about this in a journal.”

The next day I was having a conversation with my next door neighbor who is a doctor at the University of Chicago Hospital. I told him what the other doctor had said. The very next day he was knocking on my front door. He came in and told me that he’d done research into Carcinoid. He said it was a serious disease and that I needed to get looked at immediately. In fact, he’d already made an appointment for me with their endocrinology department. I went through lots of tests and scans. It was the Gamma ray scan that found the tumors in my liver. I remember lying on the table as the camera was slowly rotating around me. I could hear the two technicians talking as they performed the scan. Then I noticed they were no longer talking, but rather they were staring intently at the monitor and whispering to each other. I knew right then that something was not right.

The official word came later. My wife and I were sitting in a small little office waiting for the doctor. He finally came in and sat down with an envelope in his hands. He pulled out the X-rays, slapped them up on the wall and frowned. “Well, that’s not good…” he said slowly. I remember squeezing my wife’s hand waiting for him to elaborate. “Your liver has many tumors.”

The decision was made to operate on the day after Thanksgiving. Instead of turkey and gravy and all the trimmings of a Thanksgiving dinner, I had to drink two bottles of “Go-lightly.” That is just pure misery. The next day I went into surgery. The plan was to first operate on my intestine, to find and remove the primary tumor. Then, they were going to operate on my liver. My whole family was in the waiting room that morning showing their support, which meant a lot to me. I remember slowly waking up in the recovery room to the sound of my wife’s voice. It felt good to be back. Then standing behind her I saw the doctor. He leaned in and said, “we’ve got good news and bad news”. The good news was they found the primary tumor and cut it out of my intestine. The doctor said he had to run all of my intestines through his hand until he found the “bad part”. The bad news was that after putting an ultra-sound directly on my exposed liver, they determined that it was inoperable. So, they sewed me back up and I spent the next couple of weeks in extreme pain waiting for that 14” incision across my stomach to start healing. I had some incredibly scary morphine dreams.

I think I was pretty strong at the beginning. But the fear and dread of the unknown started to build up in me. Not knowing if you’re going to live is a very scary feeling. I remember it all came to a head one day and a broke down crying. But then, I remembered my two daughters. I wanted to see them grow up. I wanted to be in their lives and not a distant memory. I stopped crying.

The doctor at U of C, said we should go see Dr. Al Benson, up at Northwestern Hospital in Chicago. They said he specialized in Carcinoid tumors. So my wife made the call, and when I was well enough to travel, we went to see him. I remember the first time I walked into the hospital and asked for Dr. Benson’s office they directed me to the Oncology wing. I think this was the first time it dawned on me that I was now a cancer patient. I felt I bought a ticket for a ride that I really didn’t want to get on.

Dr. Benson was a strange dude, but really smart. He checked me out and said I really had two options: 1) get a liver transplant or 2) try chemo embolization. I figured I wanted to keep my liver if it was at all possible so I went with the chemo. Dr. Benson suggested an aggressive schedule of chemo embolizations. We scheduled the first one and it was off to the races. Frankly, it’s hard to remember how many procedures I had done. I actually lost track. It seemed like a roller coaster ride, you’d get the chemo, feel sick for a couple weeks, tough it out, and just when you started to feel better it was time for the next round. I have a lot of memories of cold operating rooms and endless hours of lying still in bed so as not to reopen the injection site wound. But every time I opened my eyes in the hospital, I swear my wife was sitting by my bed holding my hand. It was her touch more than anything else that pulled me through those tough days.

In the beginning the doctor told me I had to go on Sandostatin injections. And I remember asking him how that worked. He simply said, “Well, you take a syringe full of the drug and inject yourself three times a day.” I looked at him in disbelief. I said, “You’ve got to be kidding.” He wasn’t kidding. I remember the first time I had to inject myself. I went next store to my neighbor, the doctor. I asked him to show me how to do the injection. He took the syringe, filled it in a split-second and held it up to me. He said, “stick this in your thigh slowly and carefully. It shouldn’t hurt too much.” I can’t tell you how weird it is to do that for first time. I kept thinking that there has been some huge mistake and they’ve got me mixed up with someone else. It was not a mistake. I stuck the needle in my thigh. Damn, that hurt. So for the next few months, I would inject myself three times a day. When I started working again, I would have to go in the bathroom stall, pull out my drugs and shoot up. I felt like I was a junkie. Did I mention that at the time, Sandostatin cost about $10,000 per shot? I had a very expensive habit.

Flash forward to 2013. Long story – short, I’m the poster-child for Chemo Embolization. It worked for me. We moved from Chicago to San Diego. I’ve had clean scans for years. I’m no longer on Sandostatin. I got to see both my daughters grow up, graduate high school and get into college. I run three miles on the treadmill almost every day. Each time I’m on the treadmill and I start getting tired; I think back to those dark days when I was lying in the hospital bed wondering how much more I could take. Then I just smile and run a little bit faster.

Pictured above are Chris Lindsey and Family