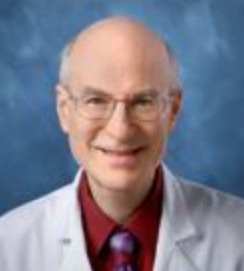 Dr. Wolin’s appointment was announced by Keith Warner, Chief Executive Officer of the Carcinoid Cancer Foundation, who said, “It is with enormous pleasure that we welcome Dr. Edward Wolin as Co-Medical Director of CCF, as well as becoming a member of our Board of Directors. Dr. Wolin has extensive expertise working with neuroendocrine tumor (NET) patients not only around the country but from around the world.  His background includes a practice where he has seen more than 2,000 NET patients, leading numerous clinical trials in the treatment of NET patients, and he has published widely on these rare cancers.”  Dr. Wolin joins Dr. Richard R.P. Warner, NET expert, as Co-Medical Director.

NETs are generally small, slow-growing tumors found mostly in the gastrointestinal system, but can be in other parts of the body such as the pancreas and the lung. Since most of these grow very slowly, compared to other cancers, it usually takes many years before they become sizable or cause symptoms. Some forms of neuroendocrine cancer can be very aggressive.  Carcinoid tumors can produce an excess of hormone-like substances, such as serotonin, bradykinin, histamine, and prostaglandins. Excess levels of these substances can sometimes result in a diverse set of symptoms called carcinoid syndrome. Other NETs can produce different hormonal substances, such as gastrin or insulin, causing a variety of other syndromes. NETs are frequently misdiagnosed as more common diseases including irritable bowel syndrome, Crohn’s disease, rosacea, and asthma.

Dr. Wolin has been working with NET patients exclusively for more than 20 years.  He treats all types of carcinoid and neuroendocrine tumors, ranging from tumors of the small intestine, pancreas, lung and colon to those of the rectum, appendix, stomach, and other sites.  His research focuses on finding the most effective and least toxic treatments, such as lanreotide, everolimus, pasireotide, other m-TOR inhibitors, and targeted radiation, including peptide receptor radionuclide therapy (PRRT) using 177Lu-DOTATATE.

Dr. Wolin has pioneered the development of neuroendocrine tumor therapy with novel somatostatin analogs, mTOR inhibitors, anti-angiogenic drugs, and PRRT, as well as PET imaging with Gallium-68 DOTATATE scanning.  Gallium-68 scanning, using NETSPOT, “the first kit for the preparation of gallium Ga 68 DOTATATE injection, a radioactive diagnostic agent for positron emission tomography (PET) imaging,” was approved by the US Food and Drug Administration on June 1, 2016.

Prior to his appointment at Montefiore, Dr. Wolin was Director of the Neuroendocrine and GI Oncology Program and Director of Clinical Research at the University of Kentucky Medical Center.  For the preceding 26 years, he held key positions at Cedars-Sinai Medical Center in Los Angeles, where he founded and directed one of the largest and most productive Carcinoid and Neuroendocrine Tumor Programs in the country.

Dr. Wolin is a graduate of Reed College in Portland, Oregon, and received his MD degree from Yale School of Medicine at Yale University in Connecticut.  He was an intern and resident in Internal Medicine at Stanford University in California; a clinical fellow at the National Cancer Institute in Bethesda, Maryland; and completed a Fellowship in Medical Oncology at Stanford.

“When patients are given a diagnosis of carcinoid or another neuroendocrine tumor (NET), such as a pancreatic neuroendocrine tumor, the type of cancer that affected Steve Jobs of Apple, they are faced with a disease they most likely haven’t heard of.  They are floundering and don’t know where to go for their medical care.  Eventually they connect through support groups and are steered towards centers and physicians who specialize in NET cancer.”

The Importance of Support Groups:

“When someone has a rare disease, support groups offer the opportunity to network with others who have the same rare disease.  Talking about your situation can be cathartic. The experience is uplifting, encouraging, and gives people hope.”

Changes over the Past Decade:

“There has been a revolution in information availability through the Internet.  Now people are very sophisticated online.  They are learning a lot about their disease and connecting through online and in-person support groups.  Patients have higher expectations now, and physicians are diagnosing cancer more quickly, at earlier stages.

There were no approved treatments for carcinoid for over two decades except for octreotide for carcinoid syndrome.  In 2011 we saw the FDA approve everolimus and sutent, and then lanreotide in 2014. Clinical trials are an essential part in offering NET patients the best care possible. Imaging has also evolved and the FDA approval of Gallium-68 DOTATATE PET scanning earlier this month will have an enormous impact on NET diagnosis, follow-up, and treatment.

What Does the Future Hold for NET Patients:

“In the next 5 to 10 years all types of targeted therapies will dramatically change the treatment of NET cancers.  We will see many new types of PRRT – PRRT combined with other treatment agents, PRRT using other types of molecules. Genomic data will help physicians determine which people will benefit the most from different treatment options. Immunotherapy will play a key role for patients.  Treatments we are developing for NETs can potentially be used for other cancers and the treatments developed for other cancers can, in many cases, be applied to NETs.”