My name is Mark Nye. I am a 54-year-old male from Perth, Western Australia. Below is the short story of my 7 ½ year battle with an advanced Pancreatic Neuroendocrine Tumor.

I am a FIFO (Fly In Fly Out) worker who has worked in the construction industry for many years. I was in between contracts back in March 2010 when I woke one morning rubbing my stomach feeling a lump just below my right ribs. I booked to see my GP who sent me for an ultra sound. It was confirmed that there was something there but further diagnosis was required. I was referred for a biopsy. A couple of days after I received a call from the Oncologist informing me I had a Neuroendocrine Pancreatic Cancer. As I was a country patient he gave me a contact to call who he explained would take control and organize all required appointments.

The only two words I remembered from that phone conversation were “Pancreatic Cancer.” I returned home immediately and logged in to Google. Worst thing I could have ever done. I gave myself 3 to 6 months to live. I was devastated. My world had been turned upside down. I waited for my wife and daughter to return home and informed them of the devastating news. 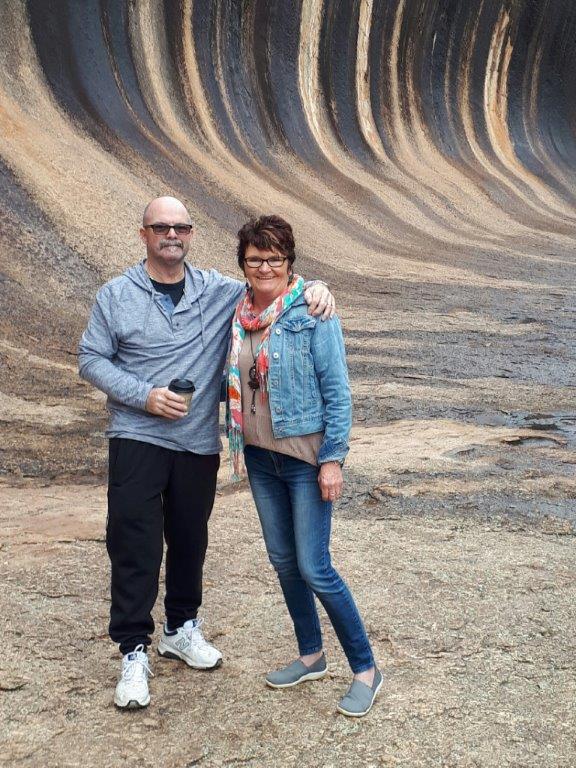 There were a few very emotional days that followed. Numerous phone calls were made informing family and friends of our challenges ahead. I say our challenges because we had to attack this problem as a team and as a family. Without the support of my family I am sure I would have crumbled. We had to stay positive.

We met with doctors over time to discuss our options but it appeared that there weren’t too many due to the physical size of the tumor and its location. It was inoperable. We were offered the Clements 2 Trial Treatment with Professor Harvey Turner and Dr Claringbold at Fremantle Hospital Nuclear Medicine Department. I was given 4 treatments of PRRT, peptide receptor radionuclide therapy with Lutetium-177-Octreotate, 8 weeks apart. I considered myself extremely lucky as the treatments only required an injection with some minimal Chemo tablets as back up. This meant I could continue my FIFO employment. Side effects were minimal with some nausea and skin rashes. We continued to remain positive.

After viewing the previous scan, and discussing the results from the first injection there was some celebration in the room as my tumor had reduced significantly in size. This continued to occur after each treatment. The tumor appeared to continue to reduce in size even 6 months after the final treatment. I continued to have 6 monthly scans to monitor the tumor size as it appeared to have stabilized and was not doing anything.

There was some discussion with Dr. Claringbold regarding the possibility of a Whipple Procedure to resect the tumor but it was agreed that while the tumor appeared dormant we should continue to monitor its progress and when it does start to grow then we will review and discuss any further actions.

I continued with my 6 monthly scans as required over the years and then in June 2017 it was discovered that the tumor had started to grow. My wife and I always knew that eventually this would be the case but after such a long period of time it was a bitter pill to swallow. Almost to be compared with the first time I was diagnosed. I felt that our luck may be coming to an end.

My case was presented to a panel of experts and from that it was decided that it was time to perform a Whipple Procedure. I had a limited knowledge of this procedure from the discussions with Dr. Claringbold some years before. My wife and I met with Professor Ballahl who was the Surgeon to perform the surgery. After spending over an hour with the Professor we both felt extremely comfortable with how he spent the time to thoroughly explain the procedure and were more than willing to go ahead with what was required. We were booked in for surgery 8th August 2017 at Fiona Stanley Hospital Perth. My wife drove me to the hospital on the morning of the surgery. Not a lot was said as we were both aware of the complexities of the surgery and the risks involved. In saying that, we went in with a good strong and positive attitude. We said our goodbyes and off I went.

It was an extremely long and trying day for my wife. The surgery took over 12 hours to complete due to some unknown damage to my internal organs caused from the prior treatment. My wife was notified around 9:00 pm that night to let her know the operation was complete.

I woke in the following morning in ICU not really knowing much about anything until the lovely Physio ladies came to get me out of bed. I was successfully stood up before returning to bed. I was moved from ICU the following day to the ward where my recovery rapidly advanced. I was up walking around the ward and taking myself to the toilet within a couple of days much to the surprise of a few people. I had some pain but nothing the pain management team didn’t have under control. They gradually removed all drips, feed lines, drains ETC and by day 6 I was dressed and ready to go home. 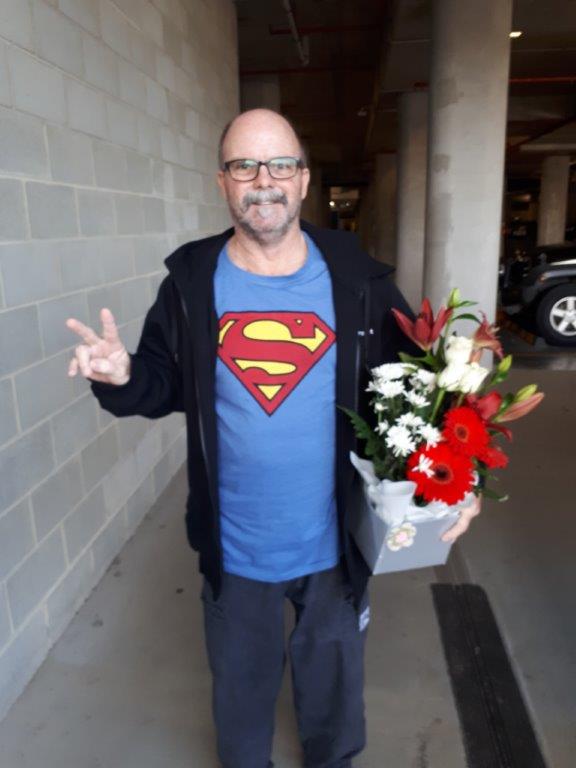 Upon my return home on day 6, I struggled with weight loss and without the constant loving care from my wife my recovery would not have been as advanced. I could only eat very little but my wife continued to feed me every 2 hours to ensure I was receiving the nutrients I required to gain my strength. After being home for about a week I managed to stabilize my weight which was great news as I was losing 1 kg every 2 days. I gradually grew stronger every day. This helped me mentally as well as I knew I had to keep a strong mind.

We had discussions with a Nutritionist to confirm we were on the wright track and all appeared to be going well. We met with the surgeon 24 days after the surgery. He was extremely happy with my recovery and I had him sign a clearance for me to return to work. I returned to work 30 days after my surgery.

It is now 4 months after surgery and I am feeling great. I am comfortable to have to take Creon medication with my meals and considering what they put my body through I could not be happier. I met with my Oncologist 2 weeks ago and he has said that I am now cancer free. What a great Christmas Present. What a journey.

I know there is a lot of people out there who have ongoing battles with cancer as I did. I believe that I was one of the lucky ones as my treatment to defeat that horrible beast was only minor compared to what others go through. I have seen many people during the course of my 7 ½ year battle be diagnosed and pass. Once again, I consider myself the lucky one.

I also believe that you must remain strong in mind with positive thoughts as you work through your illness. You need the support of family and friends to help you through your journey. At times, you battle with the voices in your head and this is when must dig deep to push them aside and move on with life.

I thank my family and friends for their support and of course I say a huge thank you to the medical team that made my journey a success.

I am extremely lucky to have the extraordinary support of my beautiful wife of 26 years and my 25-year-old daughter. Without them I would have struggled to win the battle. It is easier to win a battle as a team than to try and take on the beast by yourself.

Life is short. Be strong and believe in the people around you. You can win!
Mark Nye