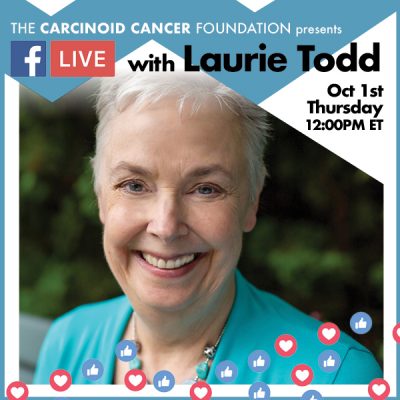 Laurie Todd, also known as “The Insurance Warrior,” is the featured guest for CCF’s Luncheon with the Experts Facebook LIVE series on Thursday, October 1, 2020. Laurie was diagnosed with late-stage appendix cancer in 2005. Her insurer denied her surgery because it was “out of network.”

She crafted a 23-page appeal, won it in 3 days, and had a 14-hour surgery, which was a tried and proven treatment for her disease.  Since then Laurie has not needed any medical treatment! That was the beginning of Laurie’s advocacy work, ensuring she received her surgery and then helping other patients fight their appeals.

Laurie has won over 220 lifesaving appeals, all different diseases and conditions, all different insurers, all over the US. She is the author of two books and has spoken publicly all over the country, encouraging folks to take on their insurers and WIN. Laurie is a role model for self-advocacy. 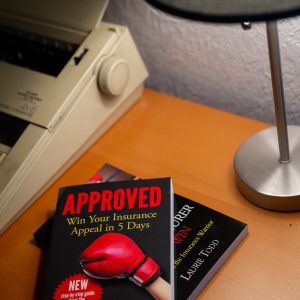 Books by Laurie Todd: APPROVED: Win Your Appeal in 5 Days (2018) and Fight Your Health Insurer and Win: Secrets of the Insurance Warrior (2007). These books can be ordered through her website, https://www.theinsurancewarrior.com/.