While the downsides of social media are getting a lot of attention in the news, we shouldn’t forget the technology’s incredible power to share useful information efficiently to all who need it. Enter Raul S. Gonzalez, MD, a pathologist at Beth Israel Deaconess Medical Center in Boston, Massachusetts, who specializes in small bowel neuroendocrine neoplasms (abnormal tissue growths) and colorectal carcinoma. On December 12, 2018, Dr. Gonzalez, inspired by Sanjay Mukhopadhyay, MD, Director of Pulmonary Pathology at Cleveland Clinic and author of an earlier Tweetorial on carcinoid tumors of the lung, took to Twitter to create a Tweetorial on gastroenteropancreatic neuroendocrine neoplasms. “Tweetorials are getting more common. They are a great way to communicate with patients and doctors,” says Dr. Gonzalez. 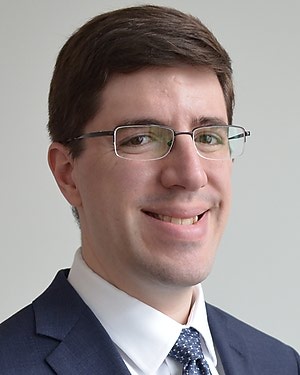 It’s important that patients understand how to read a pathologist’s report and Twitter, with its demand that the writer pare down his or her message into segments of 280 characters, has the potential to be particularly well-suited to giving patients insights into the thought processes of these physicians with whom they generally don’t establish a doctor/patient relationship. Says Dr. Gonzalez, “Unless someone has a question about their specific pathology report, in which case I can answer their question because that is covered by the doctor/patient relationship, pathology is typically behind the scenes. Generally, I am not the doctor for any particular patient so I can offer general advice only. I know nuances of pathology more than treatment.” And yet, pathologists are at the front lines of a patient’s trajectory of care. “We run the lab. I do anatomic pathology, which means when I get a piece of tissue, I confirm a diagnosis if I’m given a small sample such as a biopsy. If I am given a larger sample, such as an organ taken out during surgery, I can give more information, such as how far cancer has invaded into the organ or whether lymph nodes are involved.”

In 51 tweets, many accompanied by detailed photographs of abnormal neuroendocrine growths under the microscope, Dr. Gonzalez walks the reader through the analysis he uses to diagnose, stage, and grade neuroendocrine neoplasms. What’s more, he shares his insights into developments in the last several years about classifying tumors, giving the reader not just a “Pathology 101” kind of glimpse into this world but also access to leading-edge developments and their impact on decision making.

The Tweetorial doesn’t read like a dry textbook. It feels like Dr. Gonzalez is opening the door to a whole new world. A world with significant impact on patients. “Whether something is diagnosed as a tumor or a carcinoma implies very different treatment,” says Dr. Gonzalez. “Neuroendocrine tumors are not as aggressive, relatively speaking. Neuroendocrine carcinomas are more aggressive. There have been developments in how to tell a well-differentiated tumor from a poorly differentiated carcinoma.” And Dr. Gonzalez’s Tweetorial addresses this.

“The World Health Organization, in its 2018 Blue Book in which it classifies tumors, acknowledged that any well-differentiated neuroendocrine tumor (or NET) can be Grade 1, 2 or 3, including in the pancreas,” he says, adding, “In the 2010 version, NETs could only be classified as Grade 1 or 2. In the past, any Grade 3 was regarded as carcinoma. The idea that NETs can be Grade 3 has been a challenge to pathologists.”

Dr. Gonzalez’s Tweetorial also addresses changes to the American Joint Committee on Cancer’s (AJCC) 8th edition of its Cancer Staging Manual in which it describes the extent of disease progression in cancer patients. This current edition has different criteria for NETs in each organ. “It’s important to know what organ the disease is in. For example, we frequently see carcinoid of the appendix. This is not a major concern because these almost always amount to nothing. They don’t cause harm. But tiny tumors in the small bowel and pancreas can cause problems.”

Dr. Gonzalez has done previous studies on small bowel neuroendocrine tumors, including research that the AJCC used in updating its staging manual. Currently on Dr. Gonzalez’s plate are explorations to identify reliable protein markers to see where cancers might come from. If a neuroendocrine tumor or carcinoma first appears as a metastasis, it can be difficult to figure out where it originated. “The markers we have do a decent job, particularly in dealing with adenocarcinoma, but the current markers are not as reliable for neuroendocrine neoplasms.” He also hopes to aid efforts to name the different abnormal tissue growths (such as tumor and carcinoma) more accurately, particularly so patients can understand their pathology reports better. Perhaps we can expect Tweetorials on these subjects. Asked whether he plans on doing more Tweetorials, Dr. Gonzalez says he does and in future efforts, “I’ll make sure to write Tweetorials aimed at all audiences.”