Deirdre Durant finished folding the last of 1,000 origami cranes only days before surgery to remove her left lung.  She was seeking to fulfill the ancient Japanese legend that promises anyone who folds a thousand origami cranes will be granted a wish by a crane, such as long life or recovery from illness or injury.

It took 12 years of wheezing, fatigue, flushing, a feeling of constantly being tired, stomach pain, and digestive issues before Deirdre would receive the diagnosis of carcinoid.

In February of this year a persistent dry cough led to a lung X-ray, showing that Deirdre had pneumonia and “something else.”  Fortunately, her thoracic surgeon, Dr. Robert J. Kennan, System Chief, Division of Thoracic Surgery, The West Penn Allegheny Health System, recognized that “something” as a carcinoid tumor and surgery was scheduled for February 24, 2011.

Unlike many who face surgery with trepidation, Deirdre looked forward to it as she was told she would no longer wheeze after the surgery – and she hasn’t. And less than 6 months after the surgery she is planning her first 5K race in August, a 10K in the fall, and hopes to complete a marathon in the year to come.

Immediately after her diagnosis Deirdre was hesitant to read too much on the Internet about her rare cancer.  Instead she decided to focus on learning more about how people with only one lung live their lives.  A friend who is a marathoner sent Deirdre a copy of the Carcinoid Cancer Foundation’s blog about Kenneth Todd,  a lung carcinoid survivor who also had his left lung removed.  When Kenneth asked his surgeon about restrictions following his surgery, the physician told him the only thing he wouldn’t be able to do was run marathons.  And that’s exactly what Kenneth chose to do.  Since his surgery in 2006, Kenneth has run in 10 marathons, numerous half marathons, 4 relays, and other races. 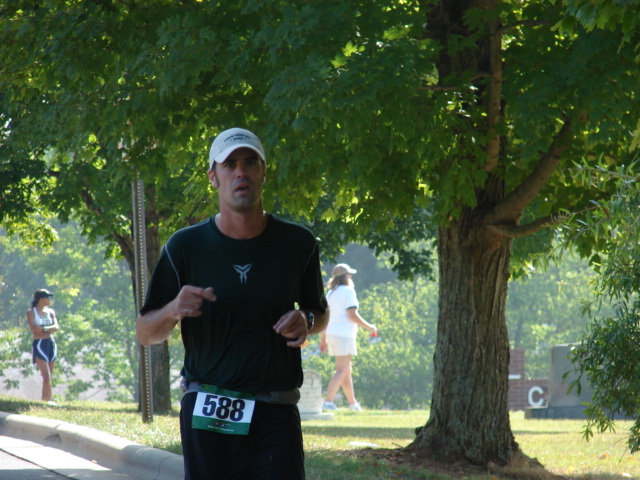 Inspired by Kenneth, Deirdre made it her goal to run in a race.  Throughout her youth and teenage years Deirdre was very active in track, long-distance running, soccer, and ice hockey.  As her illness affected her fitness level when she was in her 20’s and early 30’s, Deirdre found it difficult to remain active.  She was constantly ill, with colds turning into the flu overnight.  In many ways it was a relief to get a proper diagnosis, at age 35, and to know the cause of her ill health for so many years.

The journey hasn’t always been easy for Deirdre.  During her recovery from surgery Deirdre experienced great pain, she could barely walk at times, and slept very restlessly on a reclining chair, rather than a bed, for 2 months.  But that’s when her indomitable spirit came through.

Continuing her search for those who had successfully overcome the challenges of cancer, Deirdre found the website of Sean Swarner (http://www.seanswarner.com/), the first cancer survivor to climb Mount Everest.  Overcoming not one but two cancers, Sean was also an inspiration for Deirdre, especially because he had a cancerous tumor of the lung.  She contacted him by email to talk to him about his work as co-founder of the CancerClimber Association, his volunteerism with children with cancer, and the possibility of going on a future expedition with him to climb Mt. Kilimanjaro. And what would be more fitting than for Deirdre to see zebras in their native, African habitat!

Deirdre’s boyfriend, friends, and family have been extremely supportive throughout her illness, diagnosis, surgery, and recovery.  When Deirdre announced on her Facebook page that she was planning to fold 1,000 paper cranes, cranes poured in from all over the country.  They came to her home in Pennsylvania from as far as Petaluma, California and New Hampshire.  Her friends also joined together to raise funds for her daily needs, including rent and medical care. 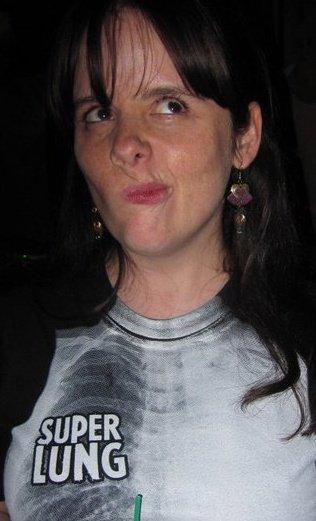 Jokingly, Deirdre says her friends now refer to her as “superlung.”  Deirdre’s doctor told her that her right lung is in excellent shape and will actually continue to grow and move into the cavity where her left lung resided.  He also told her that after surgery however much she used her lung in the first 6-9 months post op would determine her lung capacity for the rest of her life.  “That was the first motivator to get moving,” says Deirdre.  “I had read online about people who had pneumonectomies and never moved and now can’t even walk a mile.  I was determined not to become one of those people.” For anyone recovering from a lung removal, Deirdre says the most important thing to do is move!  “Even when you don’t want to . . . even for 10 minutes.  My movement had a huge part in my recovery.”

After being limited for so long, Deirdre says she is “really inspired to do something epic.”  She found  the Couch to 5K program on Carli’s Running into Shape website and has used Carli’s podcasts to help her prepare for the 5K race, Run Around the Square, she will run in Pittsburgh on August 27.  The next step is the 10K Great Race of Pittsburgh on September 25.

She also credits her partner, John, for his constant support and encouragement and describes him as “an amazing caregiver.”  John “forced me out the door, telling me I had to move and that he would move with me.  I am so grateful that he gave me that kick in the butt when I needed it.  We started slowly, with John holding my arm, and gradually worked our way up to longer hikes in the park and even hills within a month. ” 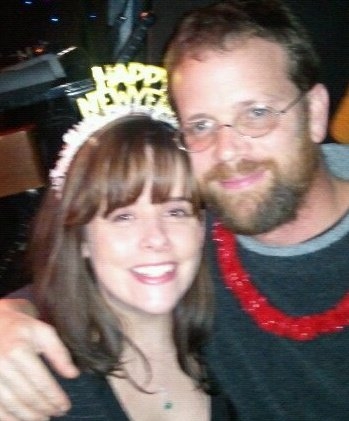 Deirdre and her partner, John, celebrating New Year’s 2011, not knowing that the following month she would have surgery to remove her left lung.

Deirdre’s advice to anyone facing the challenges of carcinoid/NET cancers is “to have hope, be positive, and be nice to everyone you come into contact with.”  Whether she runs in marathons or climbs Kilimanjaro, Deirdre will definitely inspire cancer survivors in the future, “If I can run with one lung, hike, bike, others can get out there as well.”

Kenneth Todd knows exactly what Deirdre Durant is going through.  At age 29 he was in shock upon learning the news that he would need surgery to remove his left lung.  But that did not stop Kenneth in any way, and, in fact, it prompted him to become even more of an athlete than at any time earlier in his life. Kenneth’s goal now is to run marathons in each of the 50 states and he is well on his way. He is also considering triathalons although he knows swimming will be the most difficult part of the competition because he has only one lung.  But that won’t stop him!

This September Kenneth will participate in the Blue Ridge Relay, one of the longest running relay races in the United States.  The race begins at the base of Mount Rogers, the highest peak in Virginia, spans 208 miles of beautiful country roads, and concludes in Ashville, North Carolina. The relay race consists of teams (maximum of 12, 4 person minimum) and each relay team member runs 3 legs of varying lengths and difficulty, covering an average total distance of approximately 16.6 miles.  Kenneth’s team will consist of both coworkers from the Food Lion in North Carolina as well as community members.

Not only does Kenneth inspire other carcinoid survivors like Deirdre, his enthusiasm for running is already shared by his 4-year-old daughter, Mackenzie, who, comments Kenneth lovingly, “runs around the coffee table and says she is running a marathon.”  His one-year-old daughter, Addison, and wife, Jennifer, cheer from the sidelines!

“Listen to your body,” advises Kenneth.  “There are days you don’t feel great and it is okay to take a day off.  And there are other days when you feel great and you should continue to push your body.  You can do anything when you put your mind to it.” 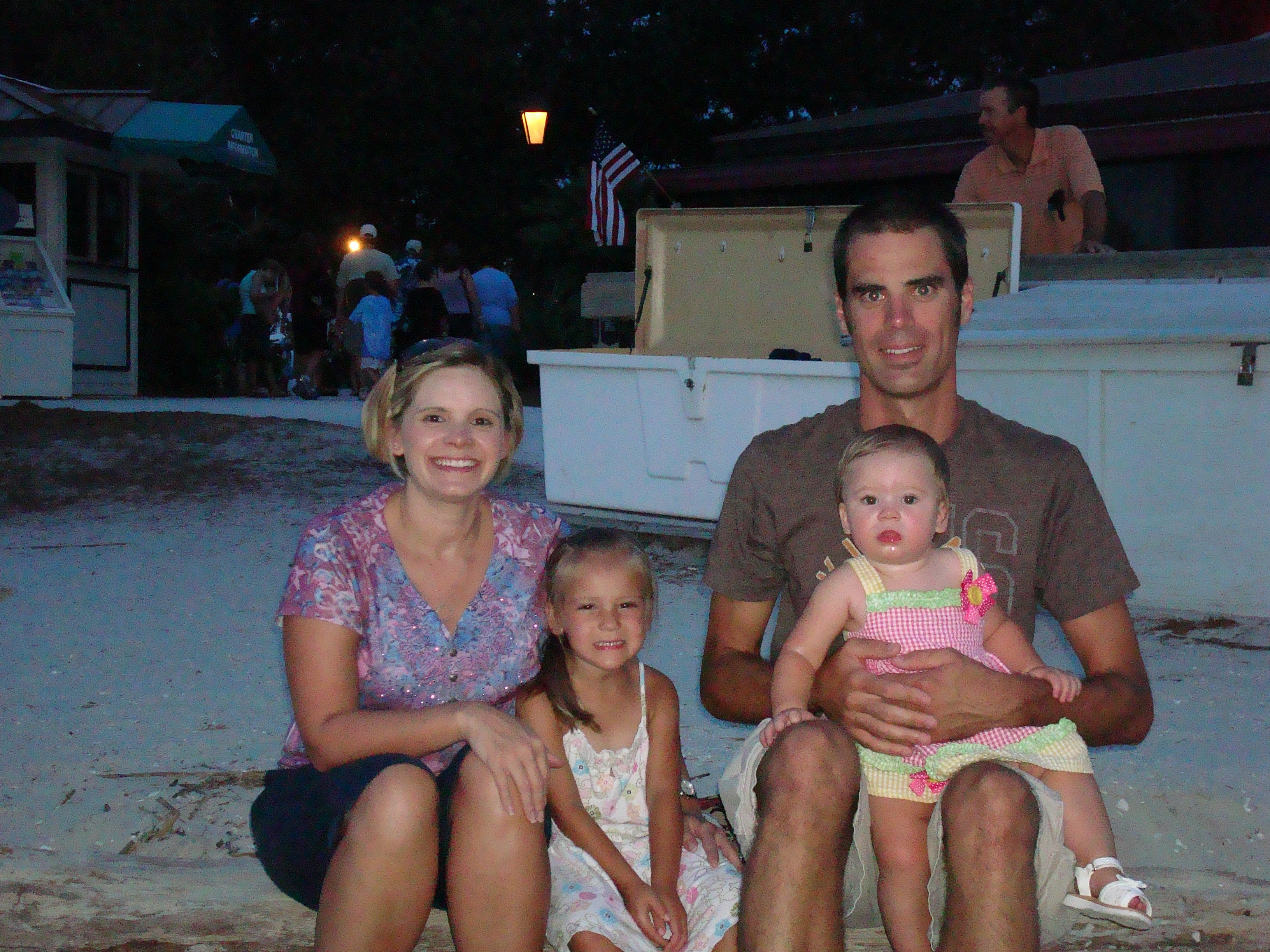 Kenneth and Jennifer Todd with their daughters

The next time you struggle with a problem in your life, think about the obstacles lung carcinoid survivors Deirdre Durant and Kenneth Todd have faced and overcome.  Deirdre and Kenneth, you are heroes.  Your strength and courage are an inspiration for all whose lives you touch.