The New York Islanders ice hockey team will join with the Carcinoid Cancer Awareness Network (CCAN) on Wednesday, December 22nd in the fight against carcinoid and neuroendocrine cancers.  The 7 pm game at the Nassau Coliseum in Hempstead, New York, will feature the Islanders vs. Tampa Bay Lightning.  CCAN was chosen to be the Islanders’ Charity of the Game as part of a program that gives local charities the opportunity to get involved at Islanders games, enabling the group to raise money through ticket sales as well as to get the charity noticed by a large audience. 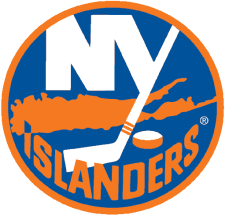 Support a wonderful cause and a great team on December 22nd!  The Islanders began “Charity of the Game” four years ago with a handful of charities. They now have 41 – one for each home game.  The Islanders provide the nonprofit organization with discounted tickets to an Islanders game. The organization then resells the tickets for their own charity to raise awareness and money for their cause. When the organization reaches the threshold of 225 tickets, the Islanders will devise a program that will assist in the mission statement of the foundation. Tickets to the Islanders game are regularly $65.00 each for end mezzanine (F-O) or $35 for U-End Mezzanine – CCAN’s pricing is $45 for end mezzanine and $25 for U-End Mezzanine. 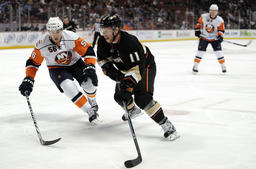 During the December 22 game the Islanders will hold a 50/50 raffle with half of the proceeds going to CCAN and the other half to the raffle winner. You can purchase raffle tickets up until the start of the 3rd period. During the final period, the winning raffle ticket will be announced in the arena and on the scoreboard.

And prior to the December 22 game, the Islanders’ Ice Team will join CCAN when the Carcinoid Cancer Awareness Network presents their 2nd Annual “Strides for Stripes” Zebra Walk on Saturday, November 6th from 10 am to 1 pm at Eisenhower Park in East Meadow, New York.  The Ice Team will be there with a slap shot game, prize wheel and moon bounce.

The deadline to purchase tickets for the Islanders December 22 game is December 13. Tickets can be purchased by check or money order or with American Express, MasterCard or Visa.  To order tickets contact CCAN at 866-850-9555.